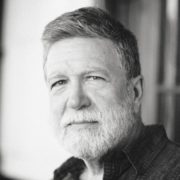 Peter Turchi is the author of seven books, including the forthcoming (Don’t) Stop Me if You’ve Heard This Before; A Muse and A Maze: Writing as Puzzle, Mystery, and Magic; Maps of the Imagination: The Writer as Cartographer; a novel, The Girls Next Door; a collection of stories, Magician; and the catalogue for the touring exhibition Suburban Journals: The Sketchbooks, Drawings and Prints of Charles Ritchie. He has co-edited, with Andrea Barrett, A Kite in the Wind: Fiction Writers on Their Craft and The Story Behind the Story: 26 Stories by Contemporary Writers and How They Work, and, with Charles Baxter, Bringing the Devil to His Knees: The Craft of Fiction and the Writing Life. His writing has appeared in Tin House, The Huffington Post, Fiction Writers Review, Ploughshares, Story, and Alaska Quarterly Review, Puerto del Sol, and Colorado Review, among other magazines. The recipient of a Guggenheim Fellowship, an NEA Fellowship, and North Carolina’s Sir Walter Raleigh Award, he served as Director of Warren Wilson’s MFA Program for Writers from 1993-2008 and as Director of Creative Writing at Arizona State University from 2008 – 2013. He currently teaches at the University of Houston.

His essays on writing workshops and annotations are posted under “Resources for Writers” at www.peterturchi.com.