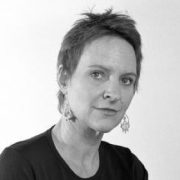 Antonya Nelson is the author of four novels and seven short story collections, including Funny Once, released in May 2014. Her work has appeared in The New Yorker, Esquire, Harper’s, Redbook, and many other magazines, as well as in anthologies such as The O. Henry Awards and Best American Short Stories.  She is the recipient of Guggenheim, NEA, and USA Artists Fellowships, as well as the Rea Award for Short Fiction.  She lives in New Mexico, Colorado, and Texas, where she holds the Cullen Chair in Creative Writing at the University of Houston.