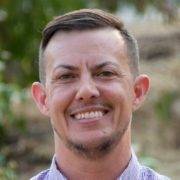 Carter Sickels is the author of the novel The Prettiest Star (Hub City Press), which won the 2021 Ohioana Book Award in Fiction, the Southern Book Prize, and the Weatherford Award. It was selected as a Best Book of the Year by Kirkus Reviews and a Best LGBTQ Book of the Year by O Magazine. His debut novel The Evening Hour (Bloomsbury) was a finalist for the Oregon Book Award, the Lambda Literary Award for Debut Fiction, and the Publishing Triangle’s Edmund White Award for Debut Fiction. The Evening Hour was recently adapted into a 2020 feature-length film by the same title, directed by Braden King and starring Lili Taylor, and premiered at the Sundance Film Festival. His work has appeared in The Atlantic, Oxford American, Poets & Writers, Guernica, Joyland, and Catapult. Carter is the recipient of the Lambda Literary Emerging Writer Award, and has received fellowships from the Bread Loaf Writers’ Conference, the Sewanee Writers’ Conference, MacDowell, and the Virginia Center for the Creative Arts. He teaches at Eastern Kentucky University.