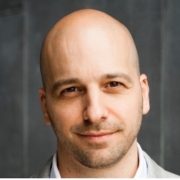 Christopher Castellani’s fourth novel, Leading Men — for which he received fellowships from the Guggenheim Foundation, the Massachusetts Cultural Council, and the MacDowell Colony — was published by Viking in February 2019. His collection of essays on point of view in fiction, The Art of Perspective, was published by Graywolf in 2016. His three previous novels, a trilogy that follows an immigrant Italian family, were published by Algonquin. Castellani is on the fiction faculty of the Bread Loaf Writers’ Conference, and he has been a fiction supervisor and frequent member of the academic board at Warren Wilson since 2008. He lives in Boston and Provincetown.