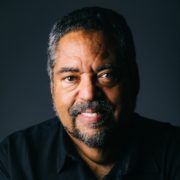 David Haynes is the author of seven novels for adults and five books for younger readers. He is an emeritus professor of English at Southern Methodist University, where he directed the creative writing program for ten years. Since 1996 he has taught regularly in MFA Program for Writers at Warren Wilson College, and has also taught writing at the University of Missouri-St. Louis, Hamline University, at the Writer’s Center in Bethesda, MD, and at the Writers’ Garret in Dallas. He has received a fellowship from the Minnesota State Arts Board, and several of his short stories have been read and recorded for the National Public Radio series “Selected Shorts.” His seventh and most recently novel is A Star in the Face of the Sky. He is also the author of a series for children called “The West Seventh Wildcats.” His upcoming book is a collection, Martha’s Daughter: A Novella and Stories.