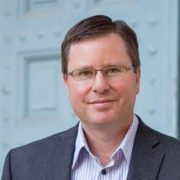 Dominic Smith is the author of five novels, including The Last Painting of Sara de Vos, which was a New York Times bestseller, a New York Times Book Review Editors’ Choice, and published in more than a dozen countries. His new novel, Return to Valetto—set in the world of abandoned and dwindling Italian towns and villages—is forthcoming with Farrar, Straus & Giroux in 2023. Dominic’s short stories, essays and criticism have appeared in The Atlantic, Texas Monthly, the Chicago Tribune, The New York Times, and The Australian. A graduate of the University of Iowa and the Michener Center for Writers at UT Austin, Dominic is the recipient of the Australian Indie Book of the Year Award, a Dobie Paisano Fellowship, as well as fellowships from the National Endowment for the Arts and the Australian Council for the Arts. He grew up in Australia and currently lives in Seattle.