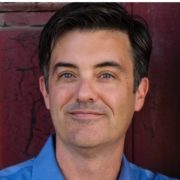 Liam Callanan’s newest novel, Paris by the Book, was a national bestseller and has been translated into German, Italian and Chinese. His story collection, Listen & Other Stories won George W. Hunt, SJ Prize in Arts & Letters, and his novel The Cloud Atlas was a finalist for the Edgar Award. He’s written for Slate, the New York Times, the Washington Post, and about chasing children’s books (in France and Greece) for the Wall Street Journal. Liam’s also the founder and executive producer of the nationwide Poetry Everywhere animated film project (poetryeverywhere.org). He teaches in the English department at the University of Wisconsin-Milwaukee, where he was previously department chair and director of its doctoral program in creative writing. He earned an MFA from George Mason University, an MA at Georgetown and a BA at Yale.