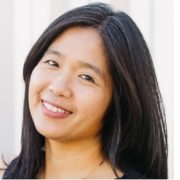 Vanessa Hua has been writing about Asia and the diaspora in journalism and in fiction for more than two decades. She’s the author of A River of Stars, longlisted for the Chautauqua Prize, and was named a best book of the year by NPR and the Washington Post. Her short story collection, Deceit and Other Possibilities, winner of the Asian/Pacific American Award for Literature, was a finalist for the California Book Award, and a One City/One Book pick for El Cerrito. Her honors include a Rona Jaffe Foundation Writers’ Award, a Steinbeck Fellowship in Creative Writing, the San Francisco Foundation’s James D. Phelan Award, as well as awards from the Society of Professional Journalists and the Asian American Journalists Association, among others. Acolumnist for the San Francisco Chronicle, she has also written for the New York Times, The Atlantic, and Paris Review Daily, among other publications. She has taught at the Community of Writers at Squaw Valley, Tin House Winter Workshop, Mendocino Coast Writers Conference, and the Writers Grotto in San Francisco. She has a BA and MA from Stanford University and an MFA from the University of California-Riverside. The daughter of Chinese immigrants, she lives in the San Francisco Bay Area with her family. Her forthcoming novel will be published by Ballantine.