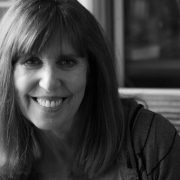 Karen Brennan received her MFA from Goddard (the former Warren Wilson!) and her PhD from the University of Arizona. She is the author of three books of poems, Here on Earth, The Real Enough World and, most recently, little dark; three collections of short stories, Wild Desire, which won the AWP Award for Short Fiction in 1990, The Garden in Which I Walk and most recently, the hybrid collection, Monsters; and a memoir, Being With Rachel: A Personal Story of Memory and Survival. Her new hybrid prose poem/essay, Television, a memoir is forthcoming in 2022. A recipient of a National Endowment of the Arts Award, her essays, stories and poems have appeared in anthologies from Graywolf, Norton, Penguin, Spuytin Duyvil, Michigan, and Georgia among others. She is Professor of English Emerita from the University of Utah.