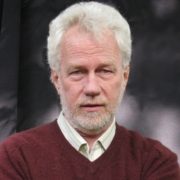 Robert Boswell is the author of seven novels, three story collections, two plays, a cyberpunk novel, and two books of nonfiction. He has received National Endowment for the Arts Fellowships, a Guggenheim Fellowship, the Iowa School of Letters Award for Fiction, the PEN West Award for Fiction, the John Gassner Prize for Playwriting, and the Evil Companions Award. The Heyday of the Insensitive Bastards was a finalist for the 2010 PEN USA Literary Award in fiction. His stories have appeared in the New Yorker, Harper’s, Best American Short Stories, O. Henry Prize Stories, Pushcart Prize Stories, Esquire, Colorado Review, and many other magazines. Boswell teaches creative writing at the University of Houston, where he holds the Cullen Endowed Chair in Creative Writing, and in the Warren Wilson MFA Program.